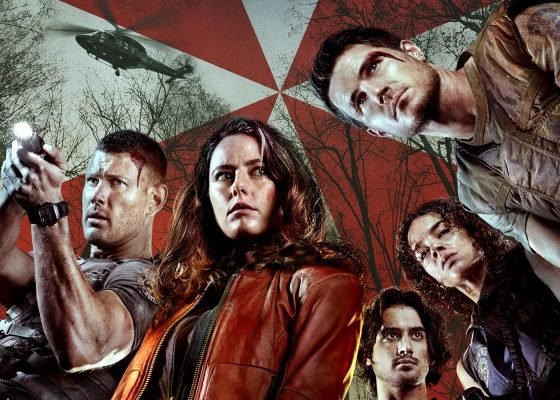 It’s been a while since I did a review on a movie or series I’ve watched. I’ve been busy creating content for my MTG Arena Gameplay channel in Youtube. This movie that I watched just couple of hours ago is a mixed bag of good and bad.

Resident Evil: Welcome to Raccoon City is a reboot of the 90’s movie based on the video game: Resident Evil. The first series was more of just a partial adaptation starred by Milla Jovovich as “Alice”. As a fan of the franchise, I’ve watched these movies faithfully even though the quality of the stories declined as they progress. But now, they’ve decided to reboot the franchise with the thought of staying truthful to the video game adapting the characters as they are. This movie is more accurate in terms of scenes, characters and places based on the game.

Disclaimer: I’m not a hard-core Resident Evil game fan but I did play it in the early days where the internet is still an egg to the society.

This is a non-spoiler review so I wouldn’t be inking in finite details. The movie is based on the Resident Evil 1 and 2 game. The game brings you back in the mid-90s era. The whole cinematics didn’t fall short in bringing that feel in the movie but it wasn’t perfect but it did give you that whole game vibe. It tells about how the whole infection plague started in Raccoon City brought about by the big Pharma company called Umbrella Corporation. It did give a vague background on the whole virus issue but there’s an ample time given on the origin of Claire (Kaya Scodelario) and his brother Chris (Robbie Amell). The whole movie took place in the city. There were also scenes in the most famous mansion, the lab and underground train like in the game.

The Infected, Zombies and Action Scenes

Zombie like creatures and mutated monsters are also present, though the cgi or prostethic makeup needs a bit more work and in my opinion, it lacks that “wow” factor like you find in other moview or series. A bit of a spoiler here, there’s a small segment of a monster dog attacking and I really think that the cgi was below average. The make-up for the infected fall short on the creep factor. But the action and suspense, well, I can say that it’s the best thing in the movie. There are scenes that you may find yourself saying: “Other movies could adapt this style”. The suspense scenes and actions in the mansion can attest to that.

Claire Redfield (Kaya Scodelario) – She’s a good fit for the character but the performance of Claire here is just enough to get her to a sequel if there is any. I think there’s more to expect for her character. I just think she’s a bit bored with her placement.

Chris Redfield (Robbie Amell) – As a support role here, he plays that part well and I feel the big brother aura in him. As a cop, he’s believable.

Leon (Avan Jogia) – I like his looks and appearance for the character. He lacks big time in performance. There is but little chemistry with him and Claire. I think the movie made him a “wuss” too much. I didn’t even know if his part is even relevant if it’s just another movie.

Chief Irons (Donal Logue) – I have to mention this guy, cause he’s mouthful here. I don’t even if there’s to like or hate but he’s just everywhere and babbling endlessly. But he’s ok.

Wesker (Tom Hopper) – The cop who got lured by money to acquire info from the Umbrella Corp when everything went haywire in Raccoon City. Just want to mention that coincidence that he starred in the series “Umbrella Academy”.

Let’s forget about the game and the video game fanatics. Let’s look at this movie like an average viewer. I say that in terms of entertainment and it delivers. You just need to set your expectations on a mid level. There are some decent suspense scenes and actions that are noteworthy.I just wish that the actors pushed themselves a bit further to give life to this flick.

you can watch the movie here